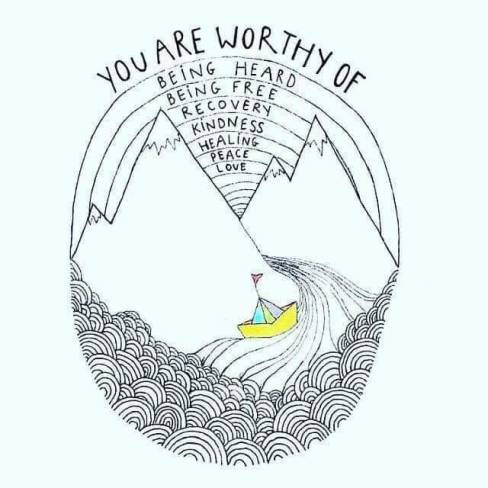 Hello dear friends.  Sorry for the long gap in communication. Been gathering info and working a bit behind the scenes making ready to go public.  Wanted to be sure had positive news to announce the start of the New Year.  And here it is.

Been working on this legal action for at least 7 years. And until now everyone I contacted about this certain type of legal action was met with discouraging words and uncertainty because it had never been done before.

The fact that corporations file suits like this very successfully against our elected officials all the time did not seem to phase most of the contacts.  In fact they were not particularly interested in sitting precedent that would change the way we do business with our elected officials. I persisted like every cockeyed optimist does.  I was really stuck on, if the corporations can successfully file Writs then why can’t we?  It worked for them why not us?  Persistence paid off.

I watched in agony for many years as agencies, like DOGGR and EPA, planning boards, elected officials, officers of the court, elected officials, escaped prosecution for non compliance of enforcement of rules and regulations that endangered our lives and livelihood because no one cared enough or dared enough to charge them with not doing their job, breaching their promise to keep us safe.

That reign of terror is over and am so proud and pleased to announce that we are the people we have been waiting for as Margaret Mead suggested: ‘Never doubt that a small group of thoughtful, committed, citizens can change the world. Indeed, it is the only thing that ever has.’  We are that small group of thoughtful, committed citizens here in San Luis Obispo County that will change our world.

We have everything we need to go forward with an extraordinary Writ demanding our elected officials do their job of keeping us safe or else.  Arroyo Grande Oil Field is not a safe place because our Board of Supervisors failed to do their job and do it right.

We have legal representation that is not afraid to do the right thing and knows how to make it right.  We  have plaintiffs that are representative of our community and everything it stands for.

I will keep you all informed of the particulars as they come available.  Just wanted you to know that the safety and well being of our home and future generations is a reality whose time has come.
Here are some other very encouraging signs of the time.

A federal appeals court has thrown out a power company’s permit to build a natural gas pipeline across two national forests and the Appalachian Trail – and slammed the U.S. Forest Service for granting the approvals in the first place.

In a decision filed Thursday by the 4th U.S. Circuit Court of Appeals in Richmond, Va., a three-judge panel declared the U.S. Forest Service “abdicated its responsibility to preserve national forest resources” when it issued permits for the Atlantic Coast Pipeline to build through parts of the George Washington and Monongahela National Forests and a right of way across the Appalachian Trail.

“This conclusion,” they wrote in a unanimous judgment, “is particularly informed by the Forest Service’s serious environmental concerns that were suddenly, and mysteriously, assuaged in time to meet a private pipeline company’s deadlines.”

The judges cited Dr. Seuss’ The Lorax: “We trust the United States Forest Service to ‘speak for the trees, for the trees have no tongues.'”

This is not unlike what is going on with our Board of Supervisors who has for the past 20 years granted the Arroyo Grande Oil Field permission to illegally dump their toxic waste into our protected sacred underground aquifer without so much as a mother may I.

The Board failed to do their job and get the required licenses and EPA permits certifying that the unincorporated areas of SLO County were documented safe for 10,000 years.  As a result of their reckless disregard for the law they put this entire county and all our lives and livelihood at risk of irreparable and irreversible contamination of an essential, vital element necessary for all life to thrive and prosper, our sacred water.   It is a new Day.  It is a Day of reckoning.

And here is a shout out also to The Sierra Club who has just filed suit against SLO County Board of Supervisors over ‘brazen violation of the law’.  It is about time. This is not the same as our Writ but it is very much indicative of coming attractions, putting the Board of Supervisors on notice that this community is coming alive and knows what we need to do to insure that our safety and well being is the top priority of our elected officials and we are NOT afraid to make our demands known.

Now in closing dear friends of SLO Clean Water my New Year wish for us all.

p.s. This just in.  A sign that it is over for liars and criminals hiding behind corrupt politicians.  Jan.7, 2019

This morning, the U.S. Supreme Court dealt a serious blow to ExxonMobil’s efforts to stonewall an investigation into its business practice of sowing doubt about climate science.

The high court declined to hear last-ditch appeals by Exxon to block subpoenas by Massachusetts Attorney General Maura Healey, who is investigating whether Exxon lied to the public and investors about fossil fuels’ impact on climate change. At Climate Hawks Vote, we’ve long been actively involved in #ExxonKnew — a coalition demanding elected officials investigate the biggest ongoing crime against humanity.